I was reviewing my headache log this morning. Yes, I maintain a headache log. Periodically, my doctors review it to help them decide on the next course of action. I can’t believe what the numbers show.

Back in February, my numbers were very manageable; ones and twos. Oh, and in case you don’t realize it, I’ve never seen a zero since suffering my concussion almost six years ago. Can you believe it?

Then, during the end of the first week of March, they started climbing. By the end of the second week, they climbed to really high numbers. I started seeing sevens and eights. They’ve been like that ever since. For seven weeks I suffered in ways that I am tired of, and I can’t stand it much. I get up in the morning doing the job that pays for my food and roof over my head, go home, and collapse on my sofa, overwhelmed by the conflict in my head. Sometimes, the levels dip into nine, just one point short of the worst ever. Occasionally, I’ve also felt nauseous with auras. Isn’t that a sign of a migraine?

Now, I know this sounds like I’m bitching. I know others have it worse off than I do. That doesn’t change the way I feel. I’m frustrated, tired, and angry. However, I will not get depressed over the situation. I won’t let that happen. I get up every day and face the world, determined that it will be a better day.

What’s worse, is that I can’t stimulate my creative juices to write. Sorry, folks, I have written little in the last couple of weeks. All I can do are the routine things at work and collapse when I get home. A few of my readers contacted me after my last blog entry, suggesting various things, including checking into out-of-town clinics specializing in my condition. I’ve looked into it. I’m intrigued.

To compensate for the battle going on in my head, I’ve done several things. One is I have a new neurologist. He’s on the younger side but supervised by an older neurologist I’ve been seeing for the last year for a second opinion. He’s got some new ideas and I’m on new medication.

But that’s not all. In my state, marijuana is only legal for medical purposes, although that is changing as I write this. Yes, I have my medical marijuana card prescribed by my doctor in case you wondered. I had a small supply left over from last year. It worked for a couple of months and then stopped being ineffective. I stopped using it. 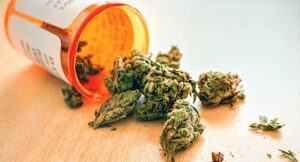 One day, when I was really bad, I took it. Within hours, I felt a change. While it did not lower the value, I felt the marijuana encapsulated the pain behind an unbreakable shield. Think of a snow globe and the pain inside, moving about, trying to get out. Stuck behind a force field, I felt better, functioning at a level I hadn’t seen in a month.

Going back to the dispensary, I bought more. I can’t believe it, the weed is helping. I wish it would work more consistently, but alas, even my doctors tell me I am a special case. Fuck, don’t they realize patients hate to hear that? Still, I’m determined to fight, which brings me to the next thing I did. 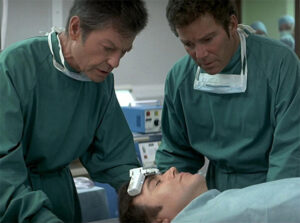 I hate taking pills. They screw with the body’s chemistry, although I realize that in this case, it’s necessary. He also suggested a device that reminded me of something right out of Star Trek. If you’ve seen the movie Star Trek IV: The Voyage Home, Dr. McCoy uses a device on Chekov to repair a subdural hematoma. While I don’t have that condition, thank Gaia, I looked into it. After reviewing it with my Primary Care Physician (PCP), I tried it. It’s not covered by insurance, but at this stage, I don’t care. It’s got a sixty day unconditional return policy for full refund. What have I got to lose? I’m trying it. 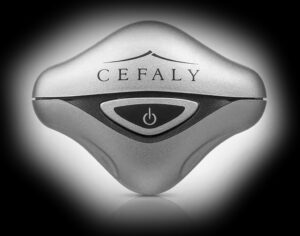 It’s from a company called Cefaly and it is noninvasive and doesn’t screw with my body chemistry. It works a lot like a Tens Unit, it’s a self-contained unit without wires. You put a pad on your head and magnetically place the device on it. The sensations are exactly like a Tens Unit. Electrical impulses get injected into the flesh on my face and over the course of the treatment, move in easily recognizable patterns. Sometimes they go side to side, other times in circles, and, well, you get the idea. Treatments last between twenty to sixty minutes.

I’ve just started with it, and the results are mixed. They designed the Cefaly for migraines. My doctors tell me my headaches are not migraines, but my headache log of late tells a different story. What I can say is that it seems to help.

That’s where I stand right now. I’ve haven’t had the drive or energy to write, even with this blog. I hate resting for half of my waking day and then going to bed. All this sitting and lying down is driving me crazy and making my body ache. I force myself to do my best to take part in life, going to work, the grocery stores, and meeting friends. But there’s nothing creative going on. Until now.

For the past week, I’m at a three or four, which is manageable on the creative front. For one, I’m writing this blog entry. Wow, last weekend, writing one was the farthest from my mind. I am also trying to get back into Avril’s story and write more chapters. I know exactly what I want to do for the next few chapters. It’s getting my mind clear enough to write it down. I’m determined to live, laugh, fuck, smile, and be a part of the world around me.

I still need to get back to the ones and twos. I zero would be nice too! Knock on wood. I’m getting back to writing, adding another book to the Consortium Series.

This is Richard Verry recovering from a terrible month and a half, determined to find out what happens to Avril and her predicament. Talk to you soon. Have a great day and a better one tomorrow.

"Writing is a socially acceptable form of getting naked in public." - Paulo Coelho; Writer & Artist who loves Erotica, the nude female form, most kinds of Sci-Fi, Mystery/Suspense/Thriller dramas and coffee, lots and lots of coffee. Let's not forget the occasional drink as well. Life is so much fun with a creative dirty mind ... let's play!

View all of Richard Verry's posts.

This site uses Akismet to reduce spam. Learn how your comment data is processed.

“Nothing is impossible;
Everything is possible;
It’s all in the attitude.”
~ Richard Verry

“I don’t care if a reader hates one of my stories, just as long as they finish the book.”
~ Roald Dahl